Two polio vaccination workers have been killed in a landmine blast in the Kurram tribal region of north-west Pakistan.

Gunmen on motorbikes have shot and killed a police officer escorting polio workers during a UN-backed vaccination campaign in north-west Pakistan, police said.

The attack took place as dozens of health workers – including several women – were going door-to-door to vaccinate children in Gullu Dheri village of the Swabi district in Khyber Pakhtunkhwa province, said Izhar Shah, a senior police. 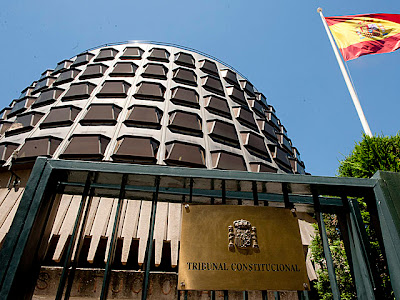 SCIENTISTS have developed the world's first moving 3D simulation of the polio virus interacting with drugs. The modelling represents a major breakthrough in the battle to eradicate the disease.

The modelling represents a major breakthrough in the battle to eradicate the disease, and could one day be used to find a cure for HIV and other life-threatening viruses.
Victorian Infectious Diseases Reference Laboratory deputy director and lead researcher Jason Roberts said the simulation was developed using the most powerful supercomputer in the southern hemisphere, Blue Gene Q.

The technology, developed by the University of Illinois for life sciences research, enables a model of the virus to be built in minutes by mapping the atoms within it.

‘‘Without it, this research would have taken months, if not years,’’ Dr Roberts said. ‘‘ When you’ve got in excess of two million or three million atoms floating around in a virtual system, it takes an incredible amount of computing power to model that.

‘‘Up until this machine, this was pie-in-the-sky stuff. Now we can actually do it,’’ he said.

Dr Roberts said the modelling enabled researchers to see how a virus would react in different situations. ‘‘We’re adding a drug in there, and that drug will float around in solution, bind and do all the things it needs to do,’’ he said.

The campaign to eradicate polio has made significant advances recently, with only 212 cases reported worldwide last year, compared with 620 in 2011.
The disease is now found in only three countries — Afghanistan, Nigeria and Pakistan — where health authorities have faced significant challenges in trying to immunise the population.

Reports late last month of a vaccine-resistant polio virus emerging in at least 10 people in Pakistan prompted the World Health Organisation to start using a different vaccine from the one they have used for the past 50 years.

The supercomputer modelling would enable scientists to deal with growing vaccine-resistant strains of the disease, Dr Roberts said. ‘‘The simulation can be used to determine how the virus mutates, changes with temperature, interacts with water and, most importantly. how it interacts with drugs.’’

Dr Roberts said the research potentially had ‘‘huge ramifications’’ for public health. ‘‘There’s nothing stopping us in 10 years’ time moving this over to other viruses such as HIV.’’

He said the researchers had chosen to work on polio, rather than other viruses, because they had nearly 100 years of research on which to base their modelling.

‘‘It’s one of the most studied viruses of all time, so it’s a fantastic model,’’ he said.

Accuracy is one of the researchers’ highest priorities as they work at such a minute level. They will need to take time to perfect it before they can think about adapting the simulation to other viruses.

‘‘The way I often like to imagine it is to tell people it’s like walking into the MCG and saying you need to check one chair to find out if it’s got four legs,’’ Dr Roberts said. ‘‘There are a lot of chair legs in the MCG.’’

An emergency polio vaccination programme is to be carried out in the Egyptian capital, Cairo, after samples of the virus were found in sewage.


An emergency polio vaccination programme is to be carried out in the Egyptian capital, Cairo, after samples of the virus were found in sewage.

The World Health Organisation (WHO) says the strain of virus matches one found in southern Pakistan.

No-one in Cairo has shown any symptoms of the disease and there have been no cases of polio in Egypt since 2004.

ISLAMABAD — Pakistani health officials Monday called for infants leaving the country to be issued polio vaccinations at airports after virus samples linked to a southern Pakistani city were discovered in Egypt.

Two sewage samples from Cairo were analysed and found to resemble a recently discovered strain in the Pakistani city of Sukkur, a joint statement by health officials, the World Health Organization (WHO) and UNICEF said.

"To reduce the possibility of spread of the polio virus beyond Pakistan's borders, the government's Monitoring and Coordination Cell is advising to set up permanent vaccination counters at the international departure lounges of all airports," it said.

The statement recommended that "all children under five years leaving the country are vaccinated against the polio virus."